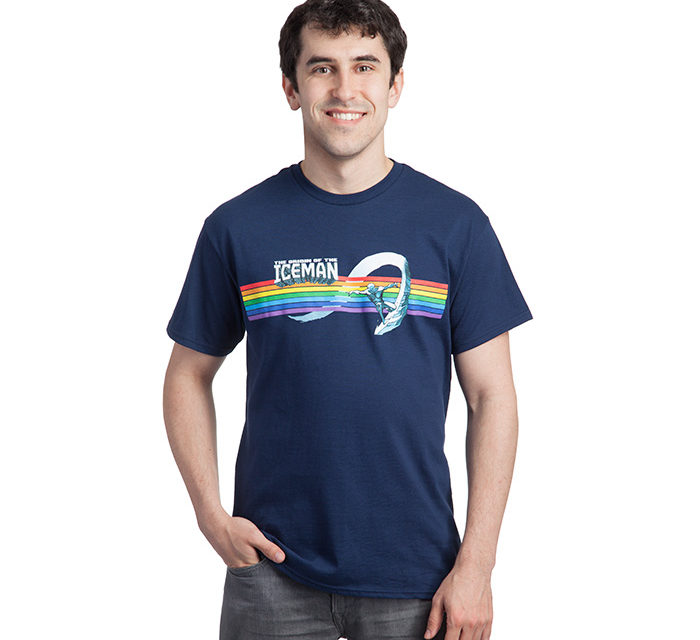 On today’s exciting episode of Spider-Man and his Amazing Friends, Spidey catches another falling person! A Saturday morning cartoon staple for those of us who were kids in the 80s, this animated series even had narration by Stan Lee himself. “The Origin of the Iceman” shows us how Bobby Drake became an icy super and lets us watch him meet both Spidey and Professor X. It’s like our superpowers are time-travel and omniscience. Sweet!

This navy blue shirt features Iceman on his signature frozen ice slide and a rainbow stripe, in tribute to his coming out. As all the X-Men have repeatedly conveyed, it ain’t easy being a mutant, let alone a gay mutant. Different isn’t ever easy. 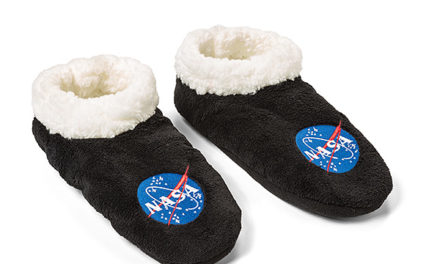 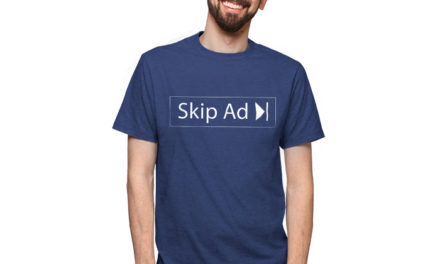 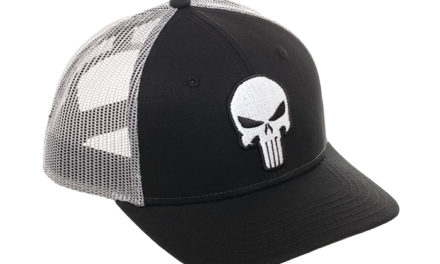