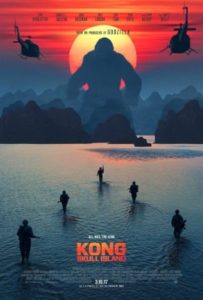 Kong: Skull Island director Jordan Vogt-Roberts and company have clearly invested a substantial amount of time, effort, energy, and money to bring King Kong roaring to vibrant, dynamic, colorful life, with somewhat mixed results. As deeply impressive as are the filmmaking skills and special effects craftsmanship on prominent display, so too are some frustratingly puzzling decisions — the results of many of the filmmaker’s storytelling choices — also on display, with equal prominence. Yet this beautifully photographed film is a terrifically entertaining piece of popcorn cinema.

The story opens in the early ’70s, as Bill Randa (John Goodman), a senior administrator of Monarch (the shadowy agency referenced directly in 2014’s Godzilla), and a true believer in scientist Houston Brooks’ (Corey Hawkins) “hollow Earth” theories, uses newly received satellite imagery of the legendary, near-mythical Skull Island to influence Senator Willis (Richard Jenkins) into underwriting his team as a “tag along” to another government science expedition to the island (under the promise of the potential profits to gain), along with a military escort of a helicopter squadron returning home from Viet Nam, commanded by the disillusioned veteran soldier, Col. Packard (Samuel L. Jackson). Once Randa adds ex-SAS operative and tracker, James Conrad (Tom Hiddleston), along with anti-war photographer, Mason Weaver (Brie Larson), to his team, then, without further ado, the expedition sets off to seek fame and glory. When the squadron, along with its civilian passengers, arrives at their destination, and begins bombarding the jungle with seismic charges, ostensibly for the purpose of mapping the island, the giant ape, Kong, appears to swat the helicopters from the sky, initiating a desperate race to safety across Skull Island amongst the expedition’s survivors.

There are several standout performances in Kong, not the least of which is that of acting ace, John C. Reilly, the film’s sole MVP. Reilly’s stranded WWII fighter pilot, Hank Marlow, slightly unhinged from decades of brutally hard living on Skull Island, represents the best of what Kong has to offer in terms of both levity, and emotional catharsis. By contrast, Sam Jackson’s even more unhinged Col. Packard, driven into a grief-filled, self-destructive spiral, losing himself to a deeper madness over the deaths of the men under his command, lends almost no emotional weight to the story, barely connecting with the audience, at all. Hiddleston, who is normally the most interesting actor in any film in which he is cast, has little to do here, stuck in the unenviable position of simply needing to look stalwart, and behave heroically. Shea Whigham impresses deeply with a knockout performance as the laconic, battle-toughened soldier, Cole.

King Kong, played in a wonderful, Andy Serkis-level motion capture performance by Toby Kebbell, is a fully-developed, sympathetic character in his own right, obviously possessing his own rich, inner life. This version of Kong is a virtual universe away from the brutish giant ape of old, seen in previous incarnations lusting for that which we can only imagine a pale, white, diminutive human female could give him…, whatever that might have been. In this film, there is no relationship between Kong and Larson’s Weaver, per se, other than that of fiercely protective guardian to one who desperately needs protection (which pays off handsomely late in the film)…, but the same can also be said of Kong’s relationship with Skull Island’s indigenous peoples; he is their guardian from an environment that, as far as generations of their ancestors have known, wants only to kill them in horrible ways.

The issues with the film, while not legion, are numerous, and they all begin and end with the script. Credited to three screenwriters, the screenplay rarely takes a deep dive into the “Why?” of either the characters, or the creatures. The film’s most disappointing drawback, which permeates nearly every frame, is the answer to the answer to the question “Why do this, now?” when the answer is always either “Because it looks cool!” or “Why the hell not?” Without spoiling the film, there are a plethora of instances in which the ultimate outcome of a scene, while visually and viscerally thrilling, makes no damn sense. Likewise, and for largely the same reasons, the giant beasts inhabiting Skull Island also make no sense; in a closed ecosystem, cut off from the outside world, the types and varieties on display are there solely for visual appeal, with no thought given to “Why does this creature exist, here?” The film’s largest issue is, of course, “Why tell this story?” when the only answer is so very clearly, “To launch a franchise!” Stay after the credits; you will be rewarded modestly for the time you invest.

Thankfully, the filmmakers invested more than a mere modicum of thought into how to represent the Skull Island natives — that of conglomerate descendants of dozens of other Pacific Rim maritime peoples who were once lost at sea, or blown off course, only to be marooned on Skull Island — and, as a result, the native population is likewise sympathetic, each member of the tribe a distinct individual, clearly possessing their own desires and motivations.

It may lend some clarity to your decision whether to see this film with the acknowledgement that most frustrations with Kong are simply the result of disappointment caused by the realization that, with the skills and the depth that this cast and production team brought to the table, what we got as an audience is so much less that what could have been. However, since movie reviews should, truthfully, always be based on what is, rather than what could have, or should have been, then what Kong: Skull Island is, is a purely studio product, but suitable for a few splendid hours of disconnecting from the world, allowing spine-tingling imagery of a savage, primeval world flow over you, and then returning, still shivering with the thrill of the spectacle, to your own, everyday life.

BOTTOM LINE: See this film in a theater. Catch a matinee if you can, but feel good about your ticket purchase if you pay full price. Just don’t expect anything more than simply to be well-entertained. 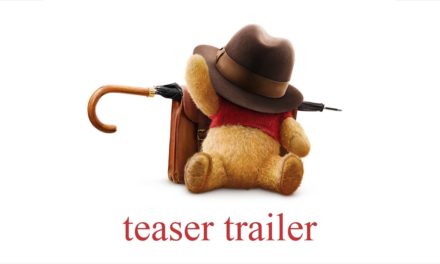 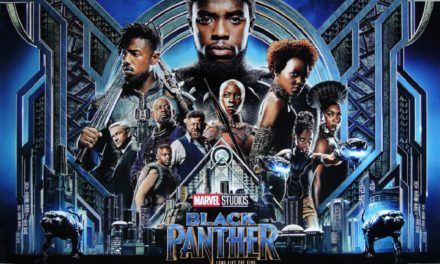 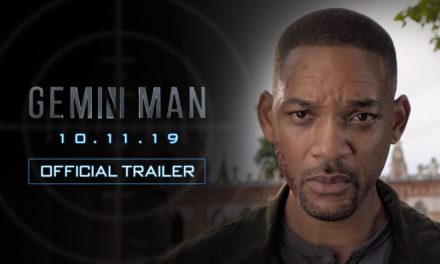