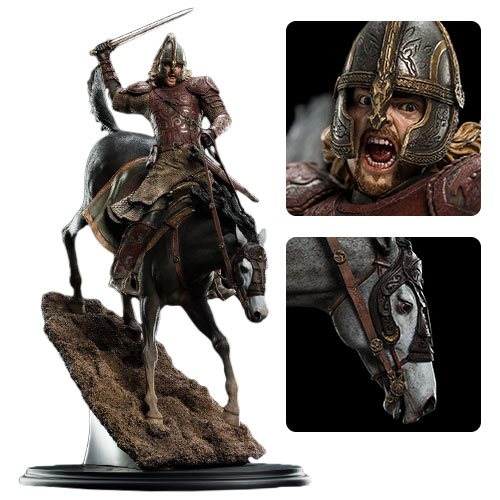 Eomer is the latest addition to Weta Workshop’s high-quality 1:6 scale Middle-earth line; a line that is made by the very same artists and technicians who work on the films! Based on the unforgettable scene from The Two Towers, this hyper-realistic statue captures Eomer’s fierceness, while charging down the slope towards Helm’s Deep. From the grainy soil under Firefoot’s hooves to the fire in Eomer’s expression, this Lord of the Rings Eomer on Firefoot 1:6 Scale Statue will sure to memorize fans! Measures about 20 3/4-inches tall 15 3/4-inches long x 8 1/2-inches deep.

Nephew of ailing King Theoden of Rohan and captain of the Marl, Eomer was as loyal to his liege as the truest Rhoirrim, but for questioning the orders of Grima Wormtongue, the horse lord was banished. The fallen Wizard Saruman had gained influence over Rohan’s king by sorcery. Upon the return of Gandalf, Theoden was freed of Saruman’s grip, but not before much of his country had been usurped or put to flame. As Saruman’s legions marched upon them, the Rohirrim fled to the fortress of Helm’s Deep to mount a last stand against the Wizard’s hordes. Outnumbered and outmatched, defeat loomed over the soldiers. It was then, Eomer and the Riders of Rohan rode headlong down the slope, voices united in a might yell and swords held aloft. Hope had come at last to the defenders of Helm’s Deep. 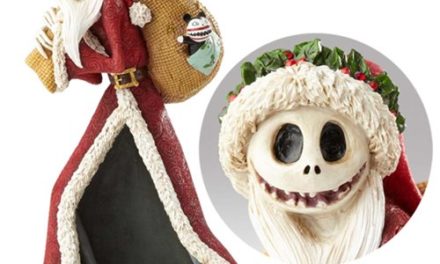 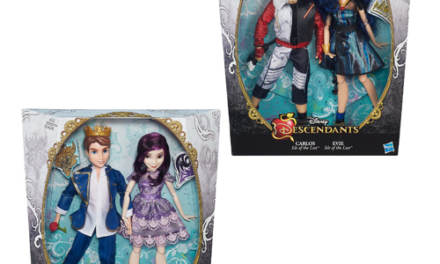 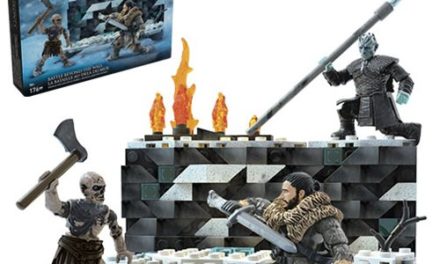 Game Of Thrones Mega Construx Battle Beyond the Wall Playset 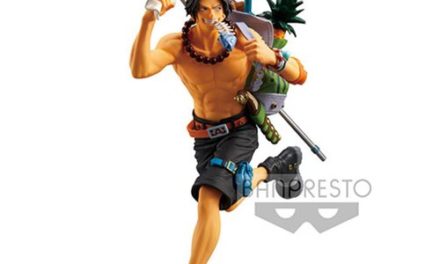