New SyFy series KRYPTON, premiering this Spring, has been the subject of criticism by fans as the direction of the show has been unclear from its inception.

As we get closer to it’s premiere date, and production is nearly completed, Geoff Johns, David Goyer and Cameron Walsh spoke candidly about the show, at the Television Critics Association winter press event. Cameron Cuffe, who plays Seg-El (Superman’s grandfather) was also in attendance.

I don’t like it either. But when the time traveling Adam Strange visits Krypton to speak with Seg-El, Kal-El’s grandfather, it is of dire circumstance. Someone is traveling through time in an attempt to prevent Superman from ever coming about.

But according to Goyer, the show is accessible for everyone. Not just the hardcore Superman fans. And given the fact that it’s a serialized show, with a 7-8 year plan, they are allowed more depth of character. Johns noted that doing a TV series is more advantageous than a movie, because with a movie you have to tell the whole story in 2 hours. This has a tendency to truncate storytelling, making characters feel disingenuous.

“History could be changed. What happens in this show could be different from the backstory that most people know,” – David Goyer
We all know that Krypton’s destiny is to die. However, with the time traveling aspect, that destiny is in danger of never occurring. Which means, Kal-El never arrives on Earth. Geoff Johns said that the time travel aspect allows for the potential of different outcomes. It will free them from the constraints of history and allow them to expand their sandbox of characters and story elements.

Adam Strange will be a big part of that. Someone in the present day seeks to prevent Superman from ever being born. Strange uses the Zeta Beam to travel through time and warn Seg-El of the pending interference. And while Strange doesn’t exactly embody the honor and justice that Superman does, he certainly looks up to the Man of Steel. Executive Producer Cameron Walsh commented that Adam Strange’s involvement is a fish out of water/proxy for the audience.

Through the Zeta Beam, Adam Strange will allow the show to visit different worlds and feature some interesting DC characters.

“Once Superman enters your life, he’s always there. That’s why I’m so excited to be a part of the mythology” – Cameron Cuffe
Seg-El is played by young actor Cameron Cuffe and he had a lot to say about his role in the series. Goyer said they gave Cuffe “the talk” about the responsibility of playing a character that has lineage to Superman. Cuffe says when he has a tough choice to make he thinks about “What would Superman do?”.

Cuffe says the pressure associated playing the role (part of Superman lineage) keeps him grounded and humble. Goyer says they gave him “the talk” about that responsibility at the start. “I have always loved Superman,” Cameron Cuffe says of the character. “I, as a fan, know exactly what is riding on this. I know what that symbol means.”

Cuffe’s character doesn’t have the moral compass Superman possesses when we first meet him. “Some of the most heroic and interesting characters on the show come from House Zod.” Implying a fall from grace for Zod’s lineage, while El rises. Thus setting up a rivally between Zod and Kal-El that goes back generations. This will enrich the already deep conflict that exists between the two Kryptonian houses.

“The ‘S’ means so much to so many across the world.” – Geoff Johns.
On KRYPTON, the “S” is a symbol of shame. The House of El are outcasts and the core of the show is building it up to what we know it as today. Johns notes that the “S” means something to people now, but the show starts before that. Goyer adds that it was like a scarlet letter during this time period.

“The Rankless street hustler from #Krypton has to grow into that,” Cuffe said, speaking of the symbol’s legacy.

“Superman is not perfect,” Johns said. Noting that one of the reasons he saves humans is to thank them for giving him a home. “He desperately wants to fit in with us, but he’s never going to BE us.”

Goyer says they carefully think about every decision because fans take Superman so seriously. Johns adds that they’re pulling things from comics anywhere from 50 years to 5 months ago. The source material, combined with time travel, provide the base and freedom for everything they’re doing. He went on to say that it’s advantageous that this is an untold story. The time travel element adds free reign and since not much is known about the Kryptonian society, they can create their own rules.

In a not so subtle tease, Johns added, “We get to do our own version of Doomsday that’s never been done.”

Krypton will not be in a shared universe, or even the same universe, as ARROW, THE FLASH, or even SUPERGIRL. It will exist on its own, which frees it from the constraints of having to intersect with existing storylines. Welsh commented that because they have something that is familiar, that’s all they really need because most people know the basics of Superman.

“It’s like being on the set of A New Hope or Empire,” – Cameron Cuffe
Talking about the scope of sets used and the budget they’ve been given, Geoff Johns said they wanted KRYPTON to have a very different look than other DC superhero serials. The show is being shot in Europe, with a setting that takes place on another planet. So don’t tune in looking for city-scapes because instead you’ll get space skylines, etc.

It was mentioned that they have a significant effects budget, which means the post-production period is almost double that of a normal show. The first season is expected to have 10 episodes, which has shown in the past to be the sweet spot for epic serials that take advantage of special effects (ie: Game of Thrones). This is probably a good part of the reason they threw the name Doomsday in the conversation so liberally. They clearly have the money to give it a real shot. The Phantom Zone will also be a factor, and while typically that just means it’s a place for characters to disappear to for a while, I wouldn’t be too surprised if we finally got a peek of what it looks like inside the zone.

“The story of my family isn’t about how we died. It’s about how we lived.” – Seg-El (Superman’s Grandfather)
The trailer features brilliant special effects, a chilling voiceover, and incredible action. After a lot of confusion regarding KRYPTON’s direction, the message and tone are now crystal clear.

This could be one of the greatest additions to the Superman lore we’ve had in a very long time.

KRYPTON premieres on SyFy, March 21st, 2018. Check out the new trailer below! 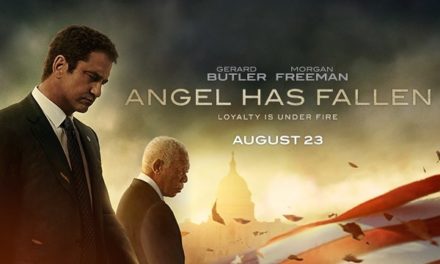 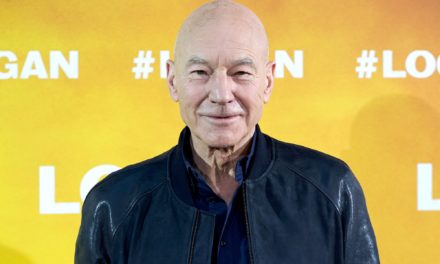