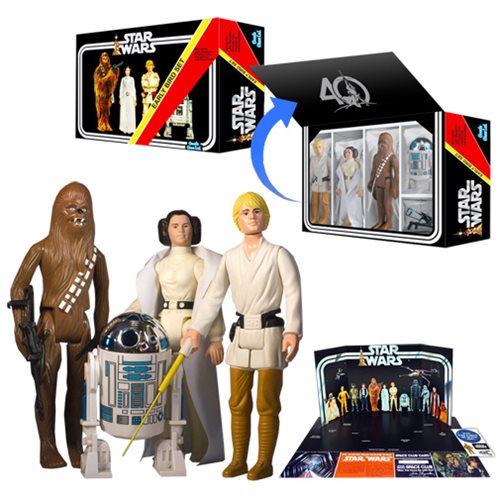 Gentle Giant Ltd pays tribute to a classic Star Wars story 40 years later with Star Wars Jumbo Vintage Early Bird Kit Kenner Action Figures. This amazing 4-pack comes in a retro box mimicking the original Early Bird envelope. Inside is the familiar white mailer tray with Luke Skywalker (with his double telescoping lightsaber… the first double telescoping lightsaber in the Jumbo line), Princess Leia (with a white vinyl cape and blue blaster), Chewbacca (with a greenish Early Bird crossbow blaster), and R2-D2 (with a clicking head). Also included are larger reproductions of the stickers and a large foldout replica display stand that holds the “original 12” figures, with the perforated cards attached to the front. Other figures sold separately.

40 years ago, a generation of kids saw a movie that changed their lives. When they left the theater and went to the store to find action figures from their favorite new movie, they did not exist. When the holidays rolled around and the kids wanted to find their favorite heroes, villains, and droids under the tree, none could be found. The toy makers’ solution to this problem was “The Star Wars Early Bird Kit.” Parents, desperate for anything Star Wars to wrap up for their kids, were sold a large cardboard envelope that had a foldout stand, some stickers, trading cards, and a promise that WHEN the figures were made, they would be the first kids to receive them.

The Early Bird Jumbo figure 4-pack is a great jumping-on point to the Jumbo line for new collectors, and it brings back some earlier, harder to find figures for current Jumbo connoisseurs. 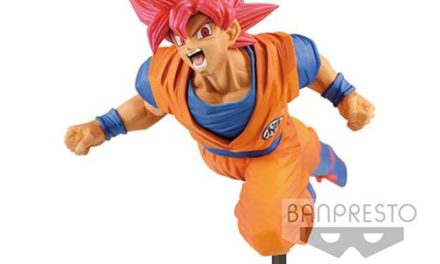 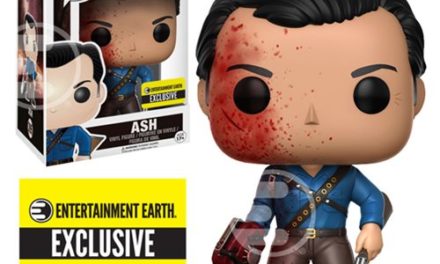 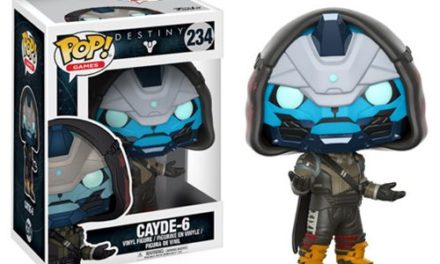 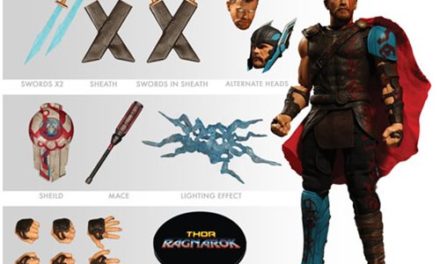