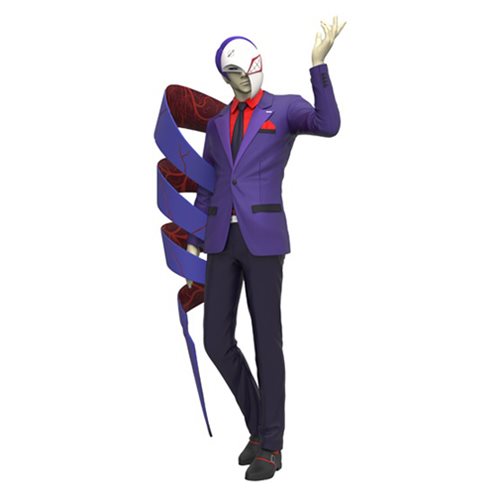 Some of your favorite Tokyo Ghoul characters get the McFarlane treatment! This detailed 7-inch poseable figure of Shu Tsukiyama features the flashy ghoul in his memorable purple suit from season 2. Just like in the anime, Shu comes with additional accessories like his kagune (tentacle) and an alternate head with his mask. This Tokyo Ghoul Shu Tsukiyama 7-Inch Action Figure come packaged in window box. Ages 12 and up.

One of the most troublesome and difficult Ghouls to capture, “The Gourmet” Shu Tsukiyama, has proven to be just as smart, and powerful as he is fashionable. Coming from a rich and powerful family that has connections within the government, the calculating Tsukiyama befriends hero Ken Kaneki, but does he truly view him as a friend or a potential feast?
In modern day Tokyo, society lives in fear of Ghouls: mysterious creatures who look exactly like humans – yet hunger insatiably for their flesh. None of this matters to Ken Kaneki, a bookish and ordinary young man, until a dark and violent encounter turns him into the first ever Ghoul-human half breed. Trapped between two worlds, Ken must survive the violent conflicts of warring Ghoul factions, while attempting to learn more about Ghoul society, his newfound powers, and the fine line between man and monster. 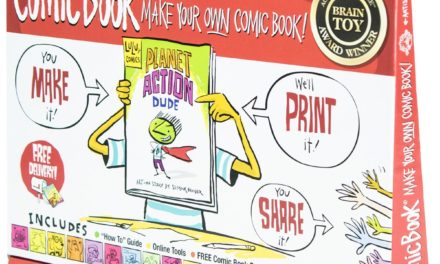 Lulu Jr. My Comic Book – Create Your Own Comic 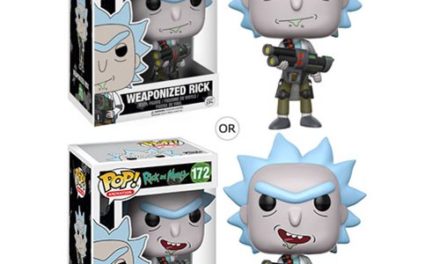 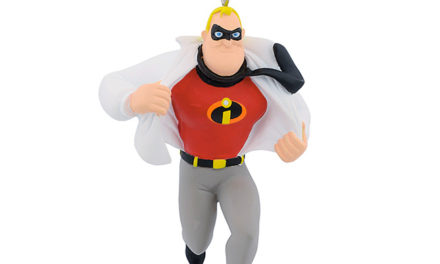 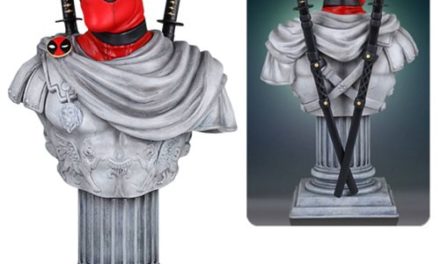